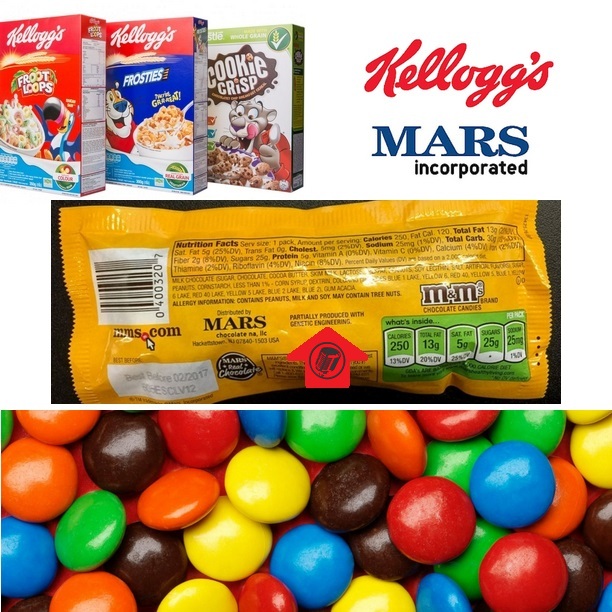 Kellogg’s and Mars, Inc. have both begun labeling its products that contain genetically modified organisms (GMOs).

The cereal and snack food giant has started labeling its products with “Produced with genetic engineering”. Packages will appear in stores by mid-April. Although this solution is meant to comply with Vermont’s GMO labeling legislation, Kellogg’s still hopes that a “federal solution is reached”.

Kellogg North America president Paul Norman says, "At Kellogg, we strongly believe in transparency, and that people should know what’s in their food and where it comes from. We continue to strongly urge Congress to pass a uniform, federal solution for the labeling of GMOs to avoid a confusing patchwork of state-by-state rules.”

GMO ingredient labeling is Mars’ response to Vermont’s 2014 law that will require labels on foods that contain GMOs. The law officially goes into effect on July 1, 2016. According to Mars, given the size and complexity of their supply chain, GMO labeling will roll out sporadically across the U.S.

According to a Mars statement, “We firmly believe [genetically modified] ingredients are safe. Food developed through biotechnology has been studied extensively and judged safe by a broad range of regulatory agencies, scientists, health professionals, and other experts around the world.”