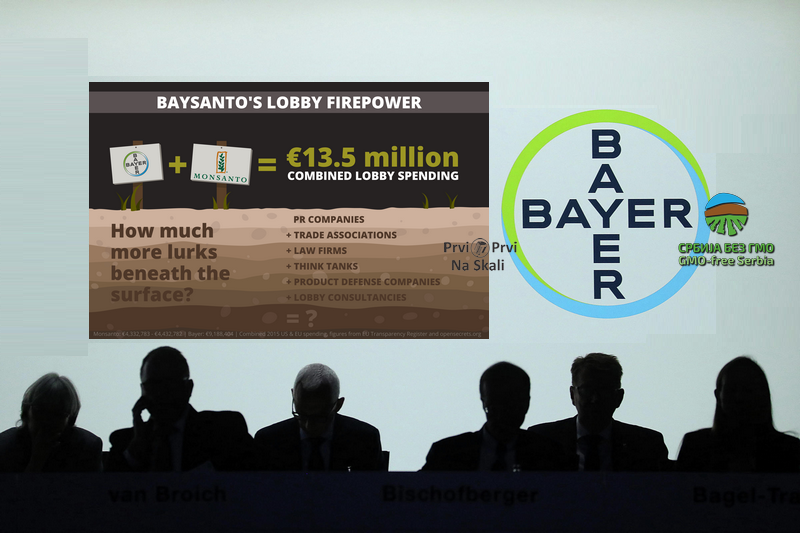 FRANKFURT (Reuters) - Bayer said on Monday its Monsanto unit, which is being investigated by French prosecutors for compiling files of influential people such as journalists in France, likely did the same across Europe, suggesting a potentially wider problem.

French prosecutors said on Friday they had opened an inquiry after newspaper Le Monde filed a complaint alleging that Monsanto - acquired by Bayer for $63 billion last year - had kept a file of 200 names, including journalists and lawmakers in hopes of influencing positions on pesticides.

On Sunday, Bayer acknowledged the existence of the files, saying it does not believe any laws were broken but that it will ask an external law firm to investigate.

“It’s safe to say that other countries in Europe were affected by lists ... I assume that all EU member states could potentially be affected,” Matthias Berninger, Bayer’s head of public affairs and sustainability, told journalists on Monday.

While he did not say there had any illegal activity and added it was up to the external law firm to evaluate the conduct, Berninger said there were signs Monsanto had not played fairly in the use of private data.

“There have been a number of cases where - as they would say in football - not the ball was played but the man, or woman, was tackled,” Berninger, who joined Bayer in January, said on a conference call.

“When you collect non-publicly available data about individuals a Rubicon is clearly crossed,” regardless of whether data privacy laws were actually violated, he added.

He repeated an apology issued by Bayer over the weekend.

French public-sector research institutes Inra and CNRS on Monday said they would file criminal complaints over mishandling of personal data, after finding that some of their researchers and executives featured on the Monsanto stakeholder lists.

Bayer said in its initial statement on Sunday that “Currently, we have no indication that the preparation of the lists under discussion violated any legal provisions.”

It added, “Bayer will ask an external law firm to investigate the project Monsanto commissioned and evaluate the allegations. The law firm will also inform all of the persons on the lists of the information collected about them”.

Work with the PR agencies that were commissioned by Monsanto for the project at the time has been suspended, it said.

Bayer shares have shed more than 40 percent since a first adverse U.S. judgment on Roundup last August, leaving the company with a market capitalization smaller than the price it paid for Monsanto.