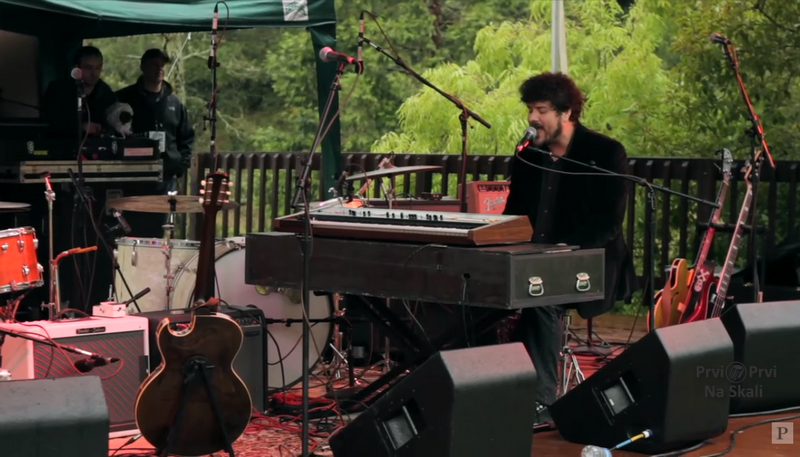 And all the angels sing
"Que Sera Sera"

The festival that Eric Johnson, the lead singer of the band Fruit Bats, put together for the second year was an interesting thing that we were invited to. As we’ve learned with Barnstormer, there’s no way to make the weather cooperate with what you want to do if you’re going to be out in the elements and this one-day festival at the Gundlach Bundschu Winery in Sonoma, California, was no different.

It was a tremendous line-up of bands -- curated expertly by Johnson -- and it was just a horribly rainy day. The property that the winery sits on is gorgeous, with a sloping, grassy hillside rolling into the wooden outdoor stage, nestled against more hills and a breathtaking lake. The pissy rain forced the first half of the day’s sets to happen inside a manufacturing building and the last half was just allowed to roll outside through the good and the bad, but the crowd didn’t mind. These United States, Sonny & The Sunsets, J. Mascis, Richard Swift and Fruit Bats all played during, before and after intermittent downpours that never went away.