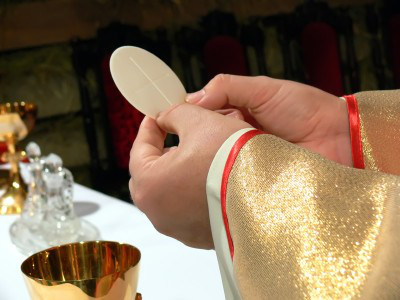 In a statement released at the end of November 2010, forty international scientists including seven Vatican advisors have called for the relaxation of “excessive, unscientific regulations” applied to genetically modified (GM) crops. The foundation of the statement lies in a week-long closed meeting held in May 2009 at the Vatican.

The scientists were brought together by Ingo Potrykus, one of the 80 members of the Pontifical Academy of Sciences. The retired Professor of Plant Sciences at the Federal Institute of Technology (FIT) in Zurich developed what is known as ‘golden rice’, a bioengineered grain with enhanced levels of vitamin A to combat the childhood blindness that poses a problem in some developing countries in Asia.

Although an official endorsement of the statement has not been released, the Academy already had expressed provisional support for GM crops ten years ago and the seven Academy members present at the meeting included Chancellor Marcelo Sánchez Sorondo.

The statement consists of 31 articles. Citing the development of crops for “the public good”, its authors referred to the potential of newly-developed plants to reduce malnutrition and poverty while enhancing food security. Other advantages of GM crops would include increased independence from pesticides and herbicides as well as the development of new tools against global warming and other types of environmental damage linked to agriculture.

The scientists cited the “magnitude of challenges facing the world’s poor and undernourished” as “a matter of urgency” while pointing to current projects developing genetically improved tropical crops that will be “of direct benefit to the poor”. In the light of these considerations and of scientific findings, one may derive “...a moral imperative to make the benefits of GE [i.e. genetically engineered] technology available on a larger scale to poor and vulnerable populations”.

Specific routes to this goal would include a reassessment of the ten-year-old Cartagena Protocol on Biosafety that addresses potential environmental risks to regulate the movement of GM organisms between countries. According to the scientists, the risks in question have failed to materialise and the protocol contains regulatory hurdles that hinder the development of crops by anyone other than large multinational firms.

Dr Potrykus uses his own experience with golden rice as an example and states, “It took 10 years longer and $20 million more than a normal variety ... future use of [such] technology for the poor totally depends on reform of regulation.”